Dispute re: circumstances compounded by failure of officer who shot Sterling to activate his body cam; new policy announced requiring officers to confirm that that camera is on.

Terrence Sterling, was shot and killed by a D.C. police officer, Brian Trainer, 27, who has been with the department for four years, on September 11, 2016 after police said he intentionally drove his motorcycle into a police cruiser.  A spokeswoman for the D.C. Office of the Chief Medical Examiner declined to say whether Sterling was shot more than once.Officers were responding to a report of  someone driving a motorcycle erratically.

The incident began about 4:20 a.m. when officers got a call about a motorcycle driving erratically. After the officer

s spotted the motorcyclist, officer Trainer said he was trying to exit the passenger’s side of a marked cruiser so he could stop Sterling. Sterling then drove the motorcycle into the passenger door and Trainer fired his weapon.

There is no video of the shooting as the officer who shot Sterling had not turned on his body camera at the beginning of the pursuit or at the initial interaction. The department acknowledged this was a violation of policy and since changed the policy to require officers to confirm with dispatchers that they have turned on their body cameras when they respond to a call or interact with citizens. In this case, the officer did not activate his camera until after he fired.

D.C. Mayor Muriel E. Bowser publicly identified Trainer as the shooter, a departure from police policy. D.C. Police union officials objected to that decision. Trainer and his partner, who was driving the car, have been placed on paid administrative leave.

Since the shooting, peaceful demonstrations and marches have been held by people demanding additional details from authorities.

The case is being investigated by the U.S. attorney’s office, which investigates homicides in the District of Columbia. An attorney for Sterling held a press conference claiming he was killed “unlawfully and unjustifiably” and said his family wants more details about the incident.

The attorney also criticized city officials for not releasing additional information including videos they admit they have and commented that the video viewed by Sterling’s family shows a union representative arriving at the scene before paramedics did. The family wants to know how quickly emergency medical help was summoned and why the union representative apparently arrived first. A union official said representatives who were on duty would have heard the radio call.

“We understand this is a very sensitive matter,” said LaToya Foster, a spokeswoman for D.C. Mayor Bow­ser. “The mayor is always committed to transparency and accountability.”

The attorneys for Sterling’s family praised the mayor for releasing the video and identifying the officer. But they insisted that city officials are withholding too many details.

“We think there is a coverup,” the attorney said. His firm also represented the family of Freddie Gray, the Baltimore man who died last year after being injured in police custody.

1. Sterling Was on a Motorcyle When Shot & Police Say He Was Driving ‘Recklessly’

According to The Washington Post, “police said he crashed his motorcycle into a cruiser.”

The police news release on the shooting reads: “At approximately 4:30 a.m., an officer observed a motorcyclist driving recklessly near the 1700 block of U Street, Northwest. A few minutes later, another MPD officer observed a motorcycle matching the same description near 3rd Street and M Street, Northwest. When the officer was exiting the passenger side of his marked police cruiser to stop the driver, the motorcyclist intentionally drove into the passenger door and the officer fired his service weapon.”

2. Witnesses Dispute the Police Account of the Shooting, Reports Say

According to NBC 4 Washington, several witnesses disagree with the police account of how Sterling died.

They said “the collision was unavoidable and Sterling did not intentionally strike the cruiser,” indicated the television station, adding, “They also said the officer was not trying to get out of his car, but instead rolled his window down and shot Sterling from inside the car after the crash.” The officer was placed on administrative leave and was not seriously injured, the police news release said. WJLA says the shooting “is still under review by the Metropolitan Police Department and the U.S. Attorney’s Office.”

3. Sterling Had Just Left a Bachelor’s Party When Shot

According to Fox 5 DC, Sterling was a VAC technician who had just left a bachelor’s party on the night the shooting occurred.

The television station reported that Sterling was heading home. Sterling lived in Fort Washington, Maryland, according to NBC 4 Washington.

According to WJLA, Sterling’s cousin described him as “a kind…help anybody person,” who was “just so excited about life and his career.”

4. Protesters Have Demanded More Transparency in the Shooting Death 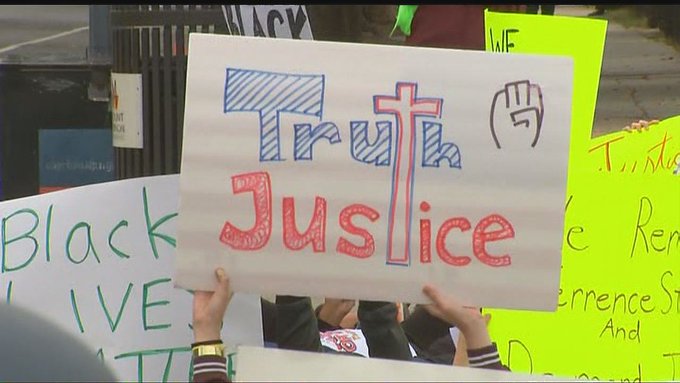 5. Controversy Erupted Because the Officer’s Body Camera Was Switched off When the Shooting Occurred

See the video from the aftermath of Sterling’s shooting here. Warning, the video is graphic: